I look at the problem in hand with multiple lenses gained during the study at ISS, to arrive at an optimum solution. 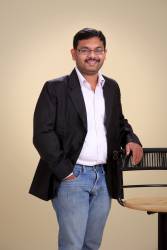 How did the study contribute to your career?

​At ISS, I was with a group of 170 people from 65+ Nationalities and most of the discussions in the classroom were revolving around policies and social aspects in these countries. People were talking about practical cases and examples. This gave a wider perspective to public sector challenges. Now, at work, I look at the problem in hand with multiple lenses gained during the study at ISS, to arrive at an optimum solution.

Would you recommend ISS to others interested in studying Development Studies?

Of course, I will. In this past 5 years, I have never left an opportunity to talk about ISS to prospective students interested in pursuing social sciences. I work closely with NESO India, in conducting education fairs, career talks etc to promote study in Holland in general and ISS in particular.

What was your overall experience at ISS?

In a word, the ISS duration was ‘Marvelous’. In addition to learning, the stay at ISS opened my avenues to travel across Europe.