How to deal with the global grain crisis

Climate change, droughts and war have led to unprecedented global wheat shortages. What are the risks and what role can the Netherlands play? In this Dutch Radio 1 interview, Dr Oane Visser and Arjen Verschure discuss some options.

The radio interview was part of the Dutch Radio 1 programme 'Geld of je leven' which was broadcast on 16 May 2022.

The role of the Netherlands in the global grain crisis

In the programme, Associate Professor in Agrarian Studies, Dr Oane Visser discussed the risks of a global grain crisis and the role of the Netherlands.

Referring to the recent warning by the G7 foreign ministers, Visser noted that initially the hope had been that India would fill the gap left by Ukraine as major wheat exporter. However, now India itself is facing unprecedented drought. 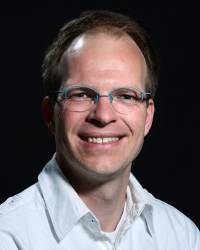 He described how the effects of climate change (with simultaneous droughts in India, the US and the EU) and the war in Ukraine, have resulted in unprecedented risks of upcoming wheat shortages, particularly in the Middle East and North Africa.

He pointed out that Dutch grain production to date has mostly consisted of low-quality fodder grain. He argues that, if Dutch grain production could be enhanced to consumption quality, it would  reduce Dutch dependence on increasingly volatile global wheat chains, with positive effects for soil health in the Netherlands.

In the same programme, Arjen Verschure talked about 'Het Graanschap' (The Granary), a local initiative to cultivate consumption quality grain in the Netherlands and use it to produce high-quality products for human consumption. He argues for the need for small-scale, local production.

Listen to the programme (in Dutch).