In her new publication, An Uneasy Hegemony: Politics of State-building and Struggles for Justice in Sri Lanka, Dr Shyamika Jayasundara-Smits discusses the tensions in state building in Sri Lanka.

Sri Lanka has been regarded as a model democracy among former British colonies. It was lauded for its impressive achievement in terms of human development indicators.

However, Sri Lanka's modern history can also be read as a tragic story of inter-ethnic inequalities and tensions, resulting in years of violent conflicts. Two long spells of anti-state youth uprisings were followed by nearly three decades of civil war, and most recently a renewed upsurge of events are examples of the on-going uneasy project of state-building.

This book discusses that state-building in Sri Lanka is centred on the struggle for hegemony amidst a kind of politics that rejects individual and group equality, opposes the social integration of marginalized groups and appeals to narrow, fearful and xenophobic tendencies among the majority population and minorities alike. 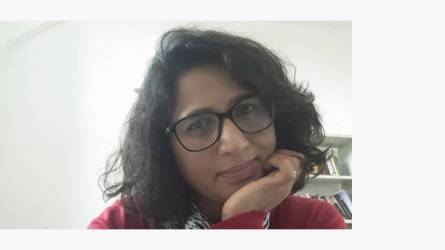 The book answers the pressing questions:

You can order An Uneasy Hegemony: Politics of State-building and Struggles for Justice in Sri Lanka in print from the publisher's website. An online publication is set to release this summer.