Running from January 2020 to December 2021, LA-DEM-MED seeks to address some of the major political challenges in Ethiopia, which has been experiencing a period of great political turmoil over the past five years.

The project establishes collaborations between academic institutions, policy makers and independent media channels in order to advance freedom of expression and critical debate as well as support policy reform and improved government performance (particularly in the justice sector).

It brings together law experts, political scientists and media specialists with the shared interest in addressing the security situation in Ethiopia, which has seen increased levels of violence and polarization ahead of the 2020 national elections.

This project brings together different sectors, networks and disciplines into a coherent triangular coalition with law experts, political scientists and media specialists

The project is grounded in a multi-faceted approach that simultaneously supports professionals of state institutions to become more inclusive, strengthens independent media, and increases public participation in political processes.

The research component of the project will involve studies on the performance of government institutions (in particular the justice sector); the election process and the role of electoral boards and media, and access to justice especially for vulnerable groups.

The project is in line with Sustainable Development Goal 16 (on peaceful and inclusive societies and accountable institutions) as well as Aspiration 3 of the African Union’s Agenda 2063 (on democratic values, justice and the rule of law).

The research team at the International Institute of Social Studies are led by Professor Wil Hout and includes Professor Karin Arts and Dr Jeff Handmaker. 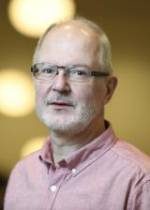